In the wake of New York Comic Con, I am examining the use of comics in education. You can see the whole series.

This past weekend was New York ComicCon, and, being the consummate geeks that we are, my sons and I had a wonderful time. Yes, I enjoy the videos games, sci-fi movies, and fantasy books along with the incredible costumes. One additional benefit though is I learn about ways I can integrate graphic novels and other pop-culture materials into my classroom to connect more with students’ interests. Before you deride it as childish or say “they’re just comics,” understand that graphic storytelling has a long historical tradition going back to cave paintings, hieroglyphics and ancient tapestries. More recently there is William Blake’s illustrated poetry Songs of Innocence and of Experience, Will Eisner’s graphic novel A Contract with God and Other Tenement Stories, and Alan Bechdel’s graphic memoir Fun Home: A Family Tragicomic. I enjoyed Craig Thompson’s Blankets about a boy in a devoutly religious home, his sibling rivalry, a budding romance, and abuse.

The vivid imagery in graphic novels is both the source of their power and their derision. Much like the characters inside of comics, the books themselves can be both ridiculously powerful or ludicrously laughable. those who are unfamiliar with the history of comics might condescend about what good they may serve for students who would “do better to read without silly pictures and use their own imaginations.” That isn’t always an option for some students. For students just beginning to read or English language learners (ELLs), comics can provide the scaffolding and contextual clues necessary for students to move past decoding struggles to focus on comprehension of a narrative. Even for more advanced learners, graphic novels can broach sensitive or heavy topics in a manner that is more relatable. It also requires readers to actively comprehend both text and images and how they work together leading to skills such as inference and synthesis. 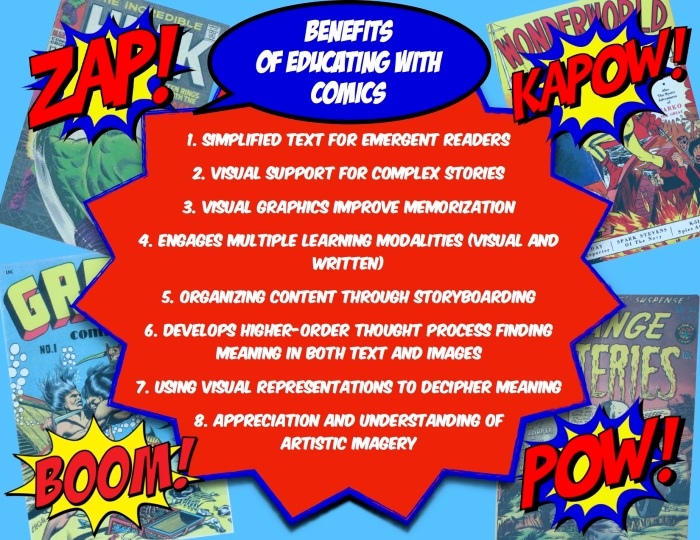 Benefits of Educating With Comics

“Comics are a gateway drug to literacy.”

In other posts, I will examine the value of comics specifically for teaching history, science, or initiating social justice reforms, but here I just want to examine some great comics that have value in the classroom. First, let’s expand your view of what a graphic novel is. It’s not just Spider-Man and Archie. The popular youth series Diary of a Wimpy Kid and the Captain Underpants saga are both essentially graphic novels with varying amounts of art per page. Then you have other youth series like Wings of Fire which have been turned into graphic novels.

When you’re ready for more adult reading, comic aficionados are likely to point you towards something like Alan Moore’s The Watchmen which is a superlative and redefining work that is a convoluted 12-issue storyline that whips you through the Cold War Era with the type of symbolism and neuroses you wouldn’t expect from ‘heroes’. Some of my favorites though are the four-part miniseries Marvels and Batman: The Dark Knight Returns. While the characters are familiar, the storyline is examined from an entirely new perspective. In Marvels, we see a world through the eyes of an average reporter who happens to see the escapades of costume-clad superheroes in the world around them. It takes us through history from 1939 to 1974 with these mysterious figures inhabiting the background throughout the world’s major events. The strength of the story is its humanity. Conversely, Frank Miller’s Dark Knight story destroys Adam West’s campy caped crusader and transforms him into the dark and brooding detective who is both a tortured loner and a moral icon that only regards humans from a distance.

If you’re looking for stories more directly applicable to classroom study take a look at Alice In Sunderland which gives insight into the world behind Lewis Carroll’s most famous work. If you’re looking for stories from a historical perspective try From Hell, Eddie Campbell and Alan Moore’s Jack the Ripper crime novel, or Frank Miller’s 300 about the Spartans’ heroic stand at Thermopylae. There is also Art Spiegelman’s, Maus which won the Pulitzer Prize in 1992 for it’s creative and raw depiction of the Holocaust with Jews as mice and Germans and Poles as cats and pigs.

Students don’t even need to read an entire comic for them to benefit from encountering it in a classroom. I’ll show more when I write about the power of comics for social justice, but see what students could discern from the following images. They cover the role of the police and military, firearm and general safety, the fear of communism, and a racist guide for identifying differentiating Japanese soldiers (Axis) from Chinese soldiers (Allied powers). Can you determine the dates they were created? What does it say about the authors’ perspectives? What is the message they’re trying to convey? Would it be worthwhile to a modern audience? They may be offensive to our modern sensibilities, but the images tell the story of their time and give us insight and information to begin a discussion on any of these topics. 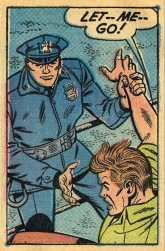 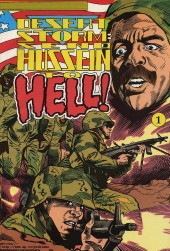 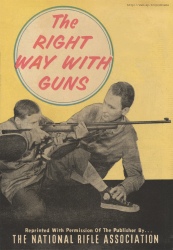 You can find more challenging imagery at Comics With Problems and other graphic novels for students at Common Sense or The Graphic Classroom. And To learn more I suggest checking out Comics in Education. 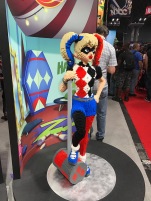 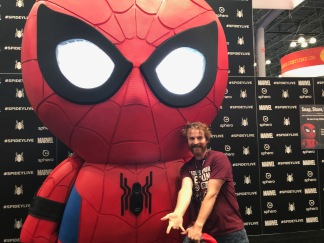 6 thoughts on “Educating Through Graphic Novels”