18 Takeaways From the Discussion Between Neil deGrasse Tyson & Carmen Fariña 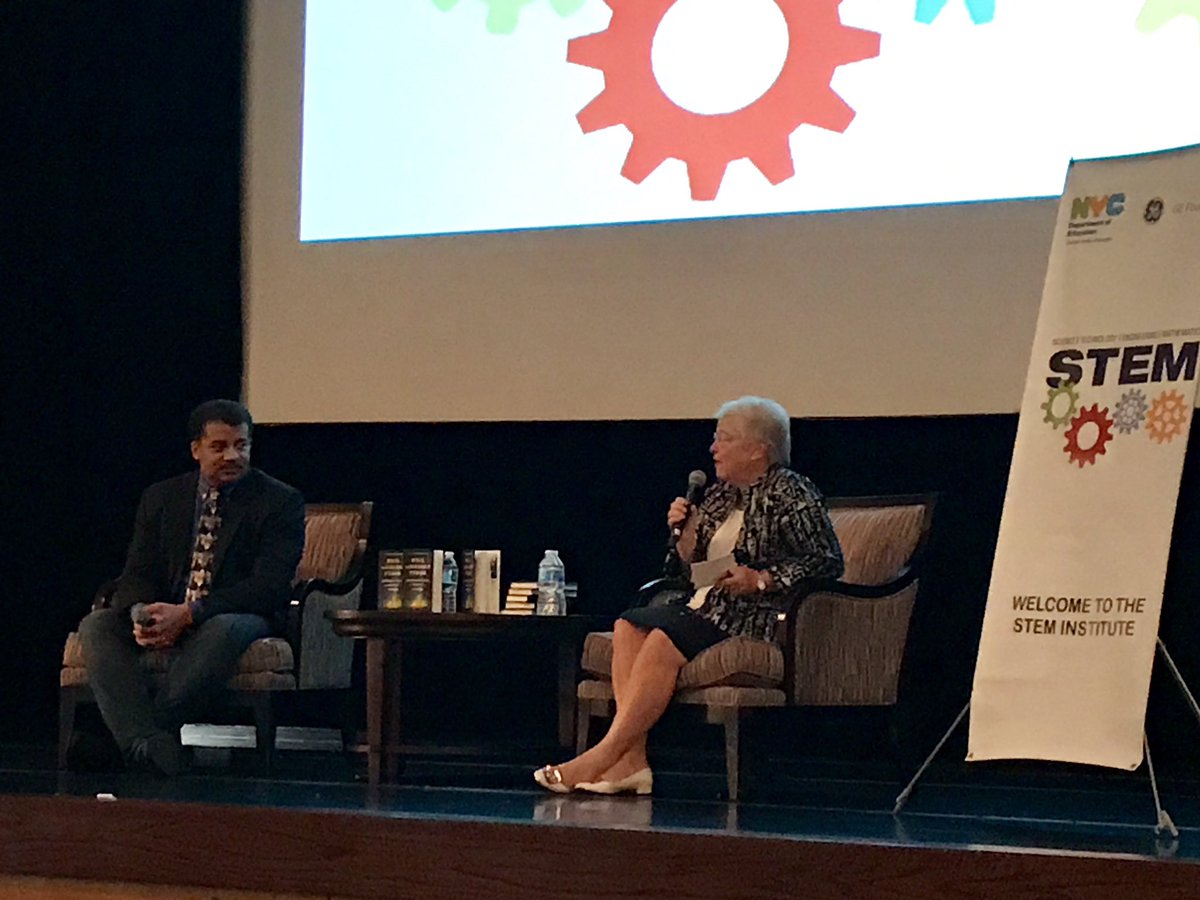 I had the pleasure of hearing two well-known former New York students and current New York educators discuss the strengths and flaws of our modern educational system. Carmen Fariña, the current New York City Schools Chancellor, had a riveting conversation with Neil deGrasse Tyson, the renowned astrophysicist and author, at the NYC Department of Education’s summer STEM Institute. While Dr. Tyson made it clear that many of the ideas he discussed were still ‘percolating in his thought stove’ there was no shortage of bold ideas being presented. Here are my biggest takeaways from that conversation. These are generally paraphrased quotes or a synthesis of what I understood from the discussion.