What grade(s) do you teach? Subject area?

I am a special educator and STEM Coach who has teaches in New York City’s District 75 citywide special needs program. I teach computer science and other technological concepts to P-12 students with an emotional disorder, physical impairments, and pervasive developmental disorders.

How long have you been teaching?

I’ve been teaching in the NYCDOE since 2005, but I taught music classes in community programs for 2 years before that.

What inspired you to go into education? 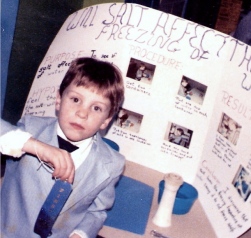 I didn’t want to be a teacher at all when I was younger. I had a few teachers that were really good, but many more were boring, uninspiring, and, worst of all, indifferent. Also, my parents were teachers, so I knew of their struggles first hand. I wanted nothing to do with it. So I avoided being a teacher for quite a while finding success in other professions. I was always more comfortable around children though. It eventually dawned on me though that I was taking on ‘teacher roles’ in any other jobs I held. At parties, I would always rather hang out with people’s kids than the adults, because they were still more honest, creative, and interesting. So I decided it was finally time to give teaching a shot.

I’m a decent multi-instrumental musician, so I began teaching some community music programs to get my feet wet. I eventually decided it was time, so I ‘auditioned’ to be part of the Teaching Fellows Program.  I was rejected because I didn’t fit the regular teacher mold. All the other aspiring teachers in my group said they enjoyed my lesson and learned from it, but it was too unconventional. So after some initial soul-searching, I cut my hair, wore a suit, and tried again. I taught a particularly boring lesson on quadratic equations that was the same lesson as three others in my group. I became dour and was accepted. The lesson was learned that, if I wanted to be accepted as a teacher, I needed to squeeze into the standard boring instructor mold.

After about a month of suits and little impact of teaching students with autism and other cognitive and behavioral disorders, I decided to change it up. I decided I was going to try to get as far away as possible from the boring teachers of my childhood. So I turned to games, technology, and student-choice to begin to reach these ‘unreachable learners’.

Which CBE class were you a part of? What do you like about being a CBE? 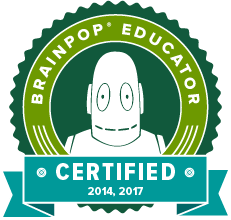 I became a CBE in 2014 as part of New York City’s Innovation Partnership program. Of course, the highlight of being a CBE is the community of fun-loving and committed teachers who share their insights and challenges in reaching students. Also the opportunity to learn early when great new features become available like Make-a-Movie or Creative Coding is nice too. My entire district of 25,000+ students is subscribed to BrainPOP, because of its broad usefulness, and being a CBE lets me be a point person to share with confidence variety of tools and training available to them. As a side note, kids all over love the Moby shirts I have from being a CBE.

What is one of the most memorable projects you’ve done with your class using BrainPOP resources?

The BrainPOP videos are often my standard for topic introductions, and I have a number of regular BrainPOP themed lessons that I use each year. These include the resources and lessons on digital citizenship and computer science. Games like the Meaning of Beep about cyberbullying and the Time Zone X about computers are great for measuring student understanding in an engaging way. I’ll definitely start using the new Creative Coding to extend that learning.

The online safety lessons can be very impactful when I learn that students who are already very interactive online know very little about the dangers that exist. For example, I had some middle school students with cognitive impairments who all had Facebook accounts. After watching the videos about online safety and information privacy, we were creating a class Make-A-Map about safe and unsafe online behaviors. I came to realize that most of the students thought that the various Facebook and Twitter pages for celebrities were always really that person and therefore trustworthy. I learned that one student had even been contacted to meet ‘Steven Universe’ in Central Park. Understand that some of my students have trouble differentiating between fantasy and reality. They had planned to go and didn’t tell their parents. Obviously, that was both frightening and eye-opening to me, but it led to some very necessary conversations that may have protected several of my students.

On a lighter note, I particularly love using BrainPOP’s videos on historical figures as a starting point for students’ first class presentations. It makes it easy for students to begin to understand that person and expand their knowledge with the additional primary sources and FYI sections right next to the video. Now I even have students present using the Make-A-Movie about their chosen figure.

How has BrainPOP impacted a specific student (or group of students)?

BrainPOP has been one of my go to tools for many years, so it has had a considerable positive impact on my student’s learning outcomes. Make-A-Map came out at about the same time that my district was piloting the use of visual thinking maps, so it provided a means of making concept mapping easy for teachers who were already familiar with using BrainPOP. As I said above, the digital citizenship lessons were definitely valuable.

I want to reflect though on one student I had who had a particularly strong affinity for BrainPOP, in general, and Moby, more specifically. He’s a young boy with autism spectrum disorder (ASD) who has very limited expressive language that, for the sake of privacy, I’ll call S. S and I usually communicated through gestures, images, and augmentative communication technology. I should mention Moby was one word he learned to speak to indicate he wanted to watch BrainPOP. I introduced him to BrainPOP in class, and he enjoyed it so much he apparently, according to his mother, chose to watch them in his free time at home. He was also a decent artist who frequently drew pictures of Moby along with other characters he liked. We watched the autism video together in class which he seemed to particularly enjoy. Based on what I gathered later from his different forms of communication, I came to realize that S identified with Moby. S was aware that he had ASD and was sure Moby did too since, as he indicated, Moby didn’t talk either. Honestly, it was one of the more complex ‘conversations’ he and I had. I hadn’t really considered that idea before.

How has becoming a CBE impacted you? 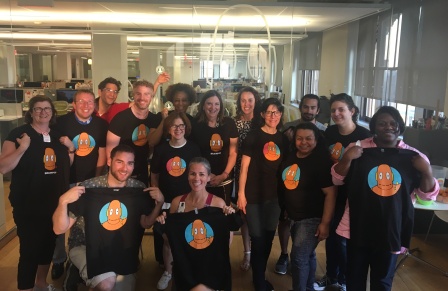 Being a CBE has been a transformative experience. I had long been focused on doing exciting things with my students, but I never planned for it to go much beyond that. Soapboxes aren’t in my nature, and I didn’t want to risk someone telling me I had to stop having so much fun, playing games, and making things with my students. By becoming a CBE though, I saw first that there was a larger like-minded community who thought learning should be maximally engaging. They gave me insight into ways they were breaking the standard education model so that I could be confident to go even further. It eventually gave me enough confidence to share my knowledge and experiences with a larger worldwide community of educators through amazing opportunities like this one.

Now I get to speak with and hear from other CBE’s regularly online and even get a heads-up on new features before they become available which lets me plan on how I can most effectively share that information with other BrainPOP educators in my district. I’ve even gotten to visit the BrainPOP offices a few times to meet the staff even play-test fun games like the new BrainPOP Breakout EDU experience and expand my definition of playful learning even more.

What are you most passionate about when it comes to education, technology, and your approaches to teaching? 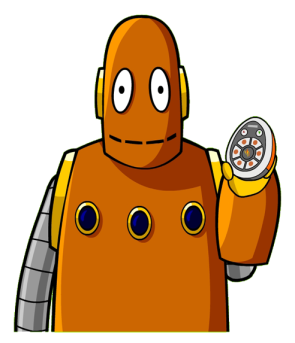 My main driver in education is making sure that the best learning opportunities are available to ALL students. That might mean using assistive technology and accessibility tools to help students with physical or cognitive challenges or it may simply mean using tools to make the learning visual or interactive so it is impactful for the most students possible.

I am also committed to making learning fun usually through game-based learning, technological engagement, and student empowerment. That means I allow students a choice to play and learn in the manner that they enjoy and find most meaningful. That doesn’t mean I don’t guide the content, but I allow freedom in the way the content is expressed.

I love technology and the opportunities it provides, but another guiding EdTech principle of mine is that the learning goals come first. That means even if we’re using new technologies like virtual and augmented reality or telepresence devices, it all needs to begin with what we want students to be able to do and learn. Otherwise, it’s just a shiny, expensive toy that serves no purpose for my students.

I’d like to see more capabilities with BrainPOP’s Make-A-Movie, like the ability to download or share content. It would be nice to be able to edit multiple related student videos together or at least have the ability to post them on one page. Also, if I can dream big, I’d like to see game creation tools become available. I know there are 28 great Sortify games already, but it would be nice if teachers could make their own. Perhaps from there, students and teachers could then make more advanced games (with or without coding required) in a way that would make the BrainPOP movies and characters interactive. For example, students could create a game where Moby interacts with historical figures based student input. Perhaps that’s where the new Creative Coding will eventually end up. BrainPOP has already expanded the site so much, I feel like it’s not unrealistic to push those boundaries.

One thought on “BrainPOP CBE of the Month”